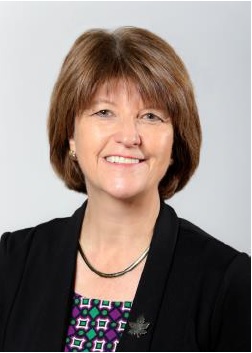 I am pleased to share that the Hon. Diana Whalen will serve as Interim Vice-President Administration. Diana will take on the role effective March 11th and until a permanent replacement has been found. After almost 12 years at the Mount, Brian Jessop, Vice-President Administration, will be leaving the University effective March 1 to build on his real estate experience. Diana is no stranger to the Mount community. She served as MLA for the riding of Clayton Park West (formerly Halifax Clayton Park) from 2003-2017 – an area in close proximity to the Mount which brought her to campus often. In fact, she has long been a champion of the Mount and its mandate. She was also previously elected to Halifax city council. During her time as MLA, Diana also served as Deputy Premier for the Province of Nova Scotia (the first woman to hold the post), Minister of Finance and Minister of Justice. She joined the Mount Board of Governors in July 2018; Diana will resign her Board role as “community-at-large” representative, instead now serving on the Board as Interim VP. “I am delighted to join the Mount in this capacity, working closely with the excellent team that Brian has built,” said Diana. “I’ve long felt an affinity to the Mount and am proud of its place in my city and province. It truly is a stand-out university for its dedication to the advancement of women – I couldn’t be happier to be making a contribution to that mandate.” A Chartered Professional Accountant, Diana has worked as a management consultant in South Korea, Australia and Jamaica. She holds both Bachelor of Arts and Master of Business Administration degrees from Dalhousie University. In 2009, she was named the recipient of a Women of Distinction Award by the Canadian Progress Club in recognition of her work in the community. Brian will work with Diana to transition her into the role in the weeks ahead. I am sincerely grateful to them both for their commitment to the Mount. A reminder that the search for a new permanent Vice-President Administration has begun. A questionnaire asking members of the University community to provide feedback about the qualities/experience required for the role and opportunities/challenges that await the new VP was distributed in January and the Search Committee is meeting later this week. Sincerely, Mary Dr. Mary BluechardtPresident and Vice-ChancellorMount Saint Vincent University