In an article recently published in Astrophysical Journal Letters, astronomers from Chile and Canada announced the discovery of a special duo of stars on the other side of the Galaxy’s disc. Among the researchers involved is Daniel Majaess, a Canadian astronomer and instructor at Mount Saint Vincent University and Saint Mary’s University. The study was led by Drs. Dekany and Minniti of Chile.

It is the first time that scientists have observed this special set of stars (termed Cepheids) on the other side of the Galaxy’s disc. The discovery was accomplished by using an advanced telescope located in the Chilean mountains, which captured infrared light from those stars that traversed significant Galactic dust. Noted Majaess, “The twin stars discovered are in a special class of stars, called Cepheids, that enable astronomers to map out the structure of our Galaxy, which is an ongoing struggle given we do not have a bird’s eye view and are located within the Milky Way. We know little about the other side of the Galaxy, which is largely obscured from us because of dust. The discovery of more of these stars may help us construct a better map of our Galaxy.” 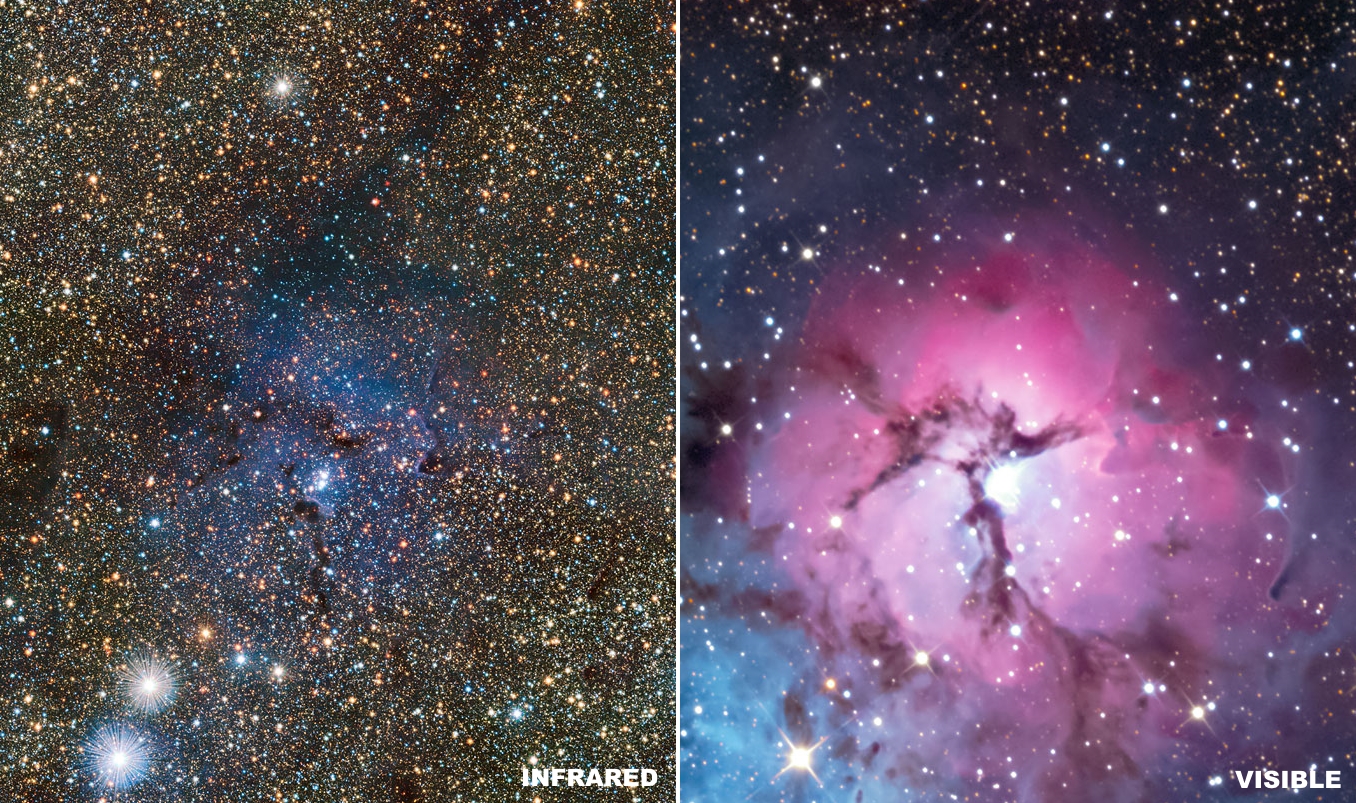 Photo courtesy of the European Southern Observatory The twin Cepheid stars are located more than 37,000 light-years away, well beyond the centre of the Galaxy. The stars share similar properties, and exhibit a separation of just over three light-years. The team believes that there may exist hundreds of stars that form a star cluster together with the twin Cepheids. However, deeper observations are required to identify those significantly fainter stars. Chile’s Dr. Dekany described the odds of finding such twin stars as about as small as winning the lottery. Said Majaess, “When Drs. Dekany and Minniti shared the findings with me, it was immediately clear that it was a seminal discovery and potentially the first of many interesting results.” Majaess remarked that, “The results and partnership with Chilean astronomers merely stresses that one can engage in rather stellar research from our city of Halifax. This work also conveys the positive outcome resulting from two local universities – the Mount and SMU – investing in supporting cutting-edge astronomical research.” As a part-time physics instructor in the Mount’s faculty of science, Majaess and fellow Mount colleagues Tina Harriott and Claudette Frizzell, offer students an introduction to astronomy, covering topics such as the night sky, the search for life beyond our Solar System, the evolution of stars, properties of the Milky Way and other galaxies, and more.

The Mount is home to two research astronomers – Majaess and Tina Harriott – who also work in partnership with SMU’s Department of Astronomy and Physics. For more information on this discovery, you can read the European Southern Observatory’s media release here and the research paper here.