Focused on the finish line 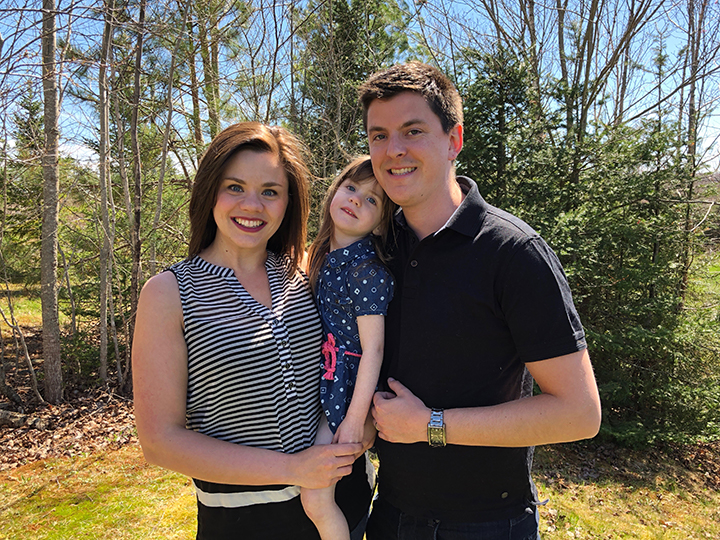 This convocation will be a family affair for young couple Jessica and Malcolm Gillis. When they both cross the stage this May, they will celebrate not just their new degrees, but also the supportive partnership that got them there. They’ve accomplished much together and individually, and have proven to be each other’s biggest cheerleader and motivator.

Jessica’s journey at the Mount started with studies toward a Bachelor of Public Relations degree. It took some soul searching to decide on her path, and after taking the time to talk to others, including a supervisor who she looked up to (a graduate of the Mount’s BPR program), Jessica decided to take the leap. In the end, it felt like a natural step for her given her strengths in storytelling, writing and public speaking. Jessica’s professors (three in particular) made such an impact on her that she knew she would one day want to return to the Mount to teach. Setting a goal of obtaining her Master of Arts (Communication) made her teaching ambition a reality. (Jessica graduated with her BPR in 2012).

Meanwhile, Malcolm, an architectural engineering technician by trade, was motivated by Jessica’s journey at the Mount, and, in 2013, decided to further his education by working towards a Bachelor of Business Administration degree. Having already been in the workforce for five years, Malcolm recognized that this step would open more doors for him in his career. His biggest concern was being able to continue working full-time while studying, so the fact that the Mount offered so many courses online made the University a perfect fit for him.

Malcolm’s return to university, in turn, increased Jessica’s desire to obtain her MA and her plan was fast-tracked. As a result, since receiving her BPR five years ago, Jessica has continued to work towards her second degree while advancing her career, focusing on jobs that have helped her achieve well-rounded experiences that she hopes to one day bring to the classroom.

With both Jessica and Malcolm working and furthering their careers at the same time, this created an extremely busy environment for the young couple. To add to the mix, two weeks before Jessica began her MA, Communication, they found out that they were expecting their first child, due in May 2015. This didn’t derail Jessica and Malcolm’s plans – it only forced them to dig deeper and focus fiercely on the end goal, recognizing the benefits to their family of higher education.

The arrival of their daughter, Quinn (during exam season, no less) added a new dynamic to Jessica and Malcolm’s lives. They had to learn to strike a work, life, school balance and depended on each other for support along the way, as well as the support of family members. In Jessica’s words, “I think my greatest challenge was that I was figuring out how to be a new mom at the same time as I was working on being a student. As a couple, we gave up a lot.”

Malcolm states that having supportive people in place to lighten the load was crucial. Jessica’s parents provided hours and hours of babysitting services – nine times out of ten, Jessica and Malcolm spent that time studying and doing projects. Without that support, it would have been a lot harder to reach their goal. Jessica states, “It wasn’t always easy, and we aren’t going to pretend it was all rainbows and butterflies. It was a difficult and trying five years, and we had to be a team and each other’s cheerleaders.” 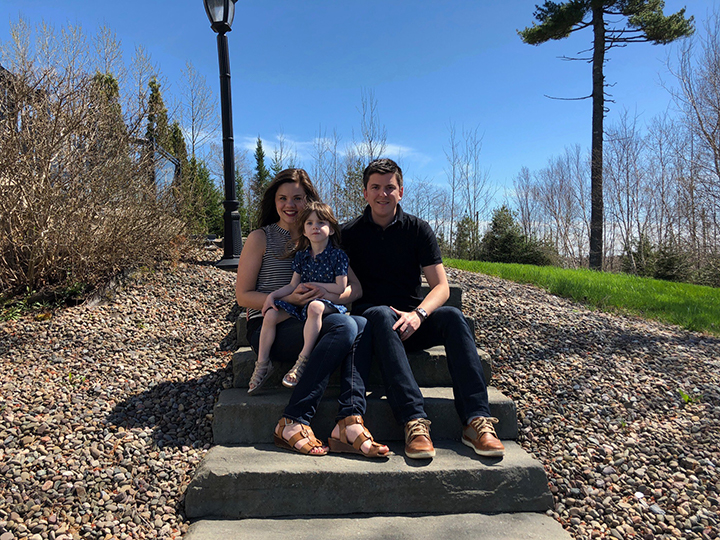 When asked what advice they would give others facing the same challenges while pursuing their education, they highlight the importance of living in the moment, which can be challenging but is doable. Jessica, says, “We both made a lot of sacrifices to earn our degrees, but we also made it a priority not to sacrifice experiences with our daughter.” For example, thanks to online courses, they took a family trip to Disney with their 18-month old daughter, and their laptops and schoolbooks in tow!

They stress the importance of tackling it one step at a time. In Jessica’s words, “Thinking about the program in its entirety can be daunting. Take it one class, one project at a time and focus on what’s in front of you.” And words of advice from Malcolm: “Find a mentor, someone whose career you’d like to mimic. How did they get there?”

Both Jessica and Malcolm are proud (and relieved) that they will be crossing the stage at spring convocation. They feel very strongly about the message they are sending to their daughter – not to be afraid of a challenge. For Jessica specifically, she wanted a career, her Master’s, and most importantly, she wanted motherhood – she wasn’t willing to wait for any of them. “I hope that’s one thing my daughter will learn from me: that as a woman she gets to have whatever she wants and she shouldn’t have to pick from one column or the other.”

They both feel that the quality of the Mount’s online courses, the programs offered and the professors, as well as the sense of a tight-knit community that they felt at the Mount, made this all possible. In Malcolm’s view, having access to courses from any setting (home or work) and being able to engage through small, interactive classes, was ideal. Notes Jessica, “I don’t think this would have been possible for us to complete at another university.”