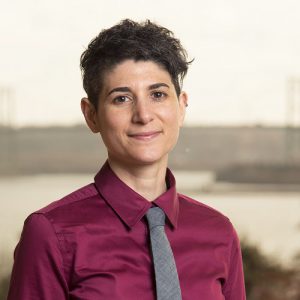 Dr. Diane Piccitto, Associate Professor in the Department of English at Mount Saint Vincent University, was awarded the Early Career Research Award at the Fall Convocation on Sunday, November 1st, 2020. The Early Career Research Award was established to recognize a faculty member at the beginning of their career who is pursuing exciting and innovative research in their field.

Dr. Piccitto’s research focusses on the poet and painter William Blake, on Romantic Drama and on the Victorian writers, specifically interrelations among identity, and action performance in the Romantic period. In her own words, “I am exploring the representation of individual identity and collective identities in connection with transgression in works by Blake and other Romantic authors, such as Joanna Baillie and Lord Byron.” Dr. Piccitto is especially interested in “how the notion of transgression and its importance to an understanding of the self has the power to create socio-political change, as well as its implications for generic categories.”

As a result of her research, she was invited to contribute an article on “Teaching Blake’s Illuminated Books Performatively, or How to Do (Dramatic) Things with Blake” and an online series on rethinking how to teach “Romantic drama, Teaching Romanticism XXVI: Drama in Romantic Textualities,” which appeared in 2018.

Dr. Piccitto is no stranger to the world-class publisher Palgrave Macmillan Press. She published her first monograph in 2014, entitled Blake’s Drama, Theatre, Performance and Identity in the Illuminated Books, and in 2015, Dr. Piccitto co-edited a book entitled Romanticism, Rousseau, Switzerland: New Prospects, with the prestigious publisher. She has published four chapters in books, including one in 2016 with the distinguished press de Gruyter. Her most recent chapter publication (in 2018) in Beastly Blake was entitled Apocalyptical visitations, Heroism, and intersections of the human and the not human in Blake’s Milton.  Dr. Piccitto’s most recent article publication, “Engaging Learners Through Experiential and High Impact Practices in Higher Education,” is a co-written report based on a presentation given by Dr. Piccitto and MSVU colleagues, Dr. Reina Green and Dr. Anna Smol, at the 2018 Atlantic Universities’ Teaching Showcase (AUTS). The article was recently published in the AUTS conference proceedings. 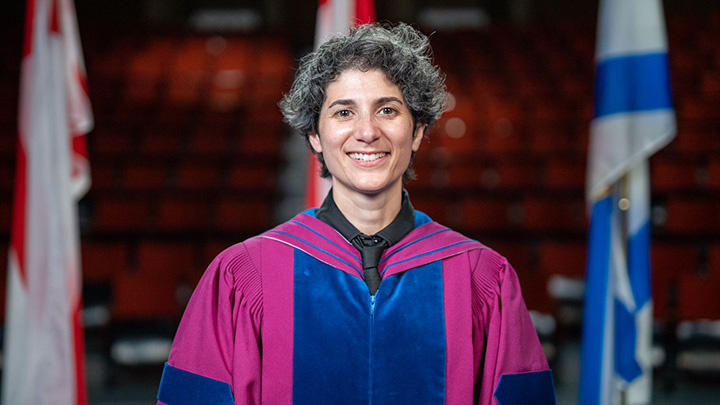 Currently, she is co-editing the Visual Life of Romantic Theatre 1770-1830, which will be published by the University of Michigan Press. Referee and colleague Dr. Anna Smol, Professor in the Department of English, reflects on the words of a reviewer of Dr. Piccitto’s co-edited volume of essays titled The Visual Life of Romantic Theatre, 1770-1830: “This will not just be a collection but a field-defining conversation.” Additionally, Dr. Piccitto is currently writing the following chapter to be included in this co-edited collection: “Vision and Spectacle in Byron’s Cain and Blake’s The Ghost of Abel.”

Dr. Graham Fraser, Chair and Associate Professor in the Department of English had this to say about his colleague: “Diane Piccitto has already achieved international recognition as a Blake Scholar. She has produced a voluminous body of scholarly work which would do justice to a much more senior scholar, and which includes books that leading scholars in her field believe ‘this book will change the way we think about Blake’ and constate ‘field defining conversations’.”

Early this year, Dr. Piccitto co-presented with Dr. Geneviève Boulet a workshop at the MSVU Girls Conference. The workshop, titled “Cracking the Code,” showed the important connections between Math and English.

Dr. Piccitto has served on many university committees, including the University Senate. She is currently President of the MSVU Faculty Association. Dr. Piccitto’s work in creating a supportive and welcoming mechanism for reaching LGBTQ+ faculty and staff led to the organization of the first Mount employee contribution to the Halifax Pride parade. And together with other colleagues, she is delivering courses in Queer Studies at MSVU.