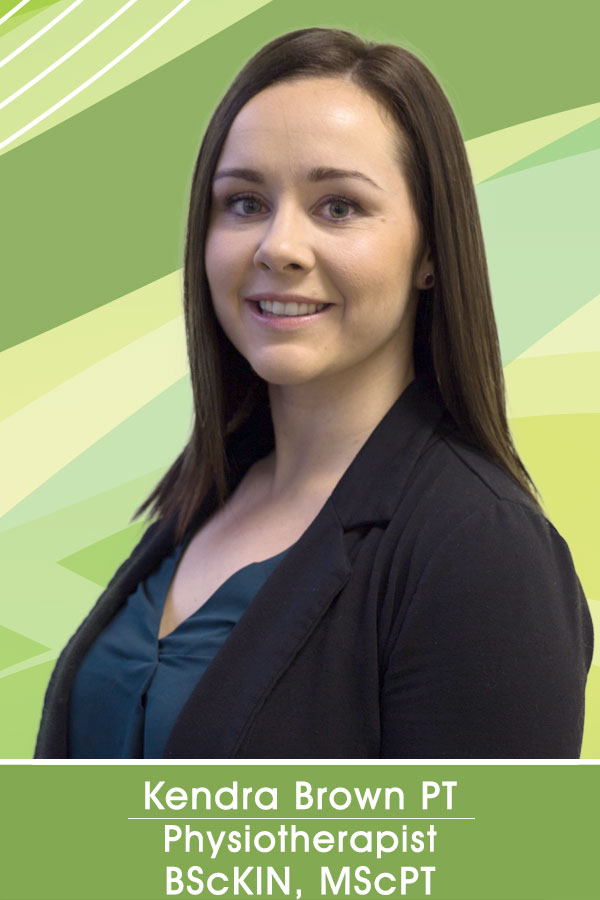 Kendra, originally from Lower Sackville NS, graduated with a Master’s of Science in Physical Therapy from Queen’s University in 2014, after completing her Bachelors of Science in Kinesiology from the University of New Brunswick.

Kendra believes in an individual, comprehensive approach to her treatment plans. Which include hands on manual therapy techniques, with supplementation via an active home exercise program, soft tissue release, ongoing education, dry needling, and modalities as needed for pain, inflammation and muscle activation. Her ultimate goal is to improve movement patterns, functional well-being and quality of life for her patients, while preventing further injury. 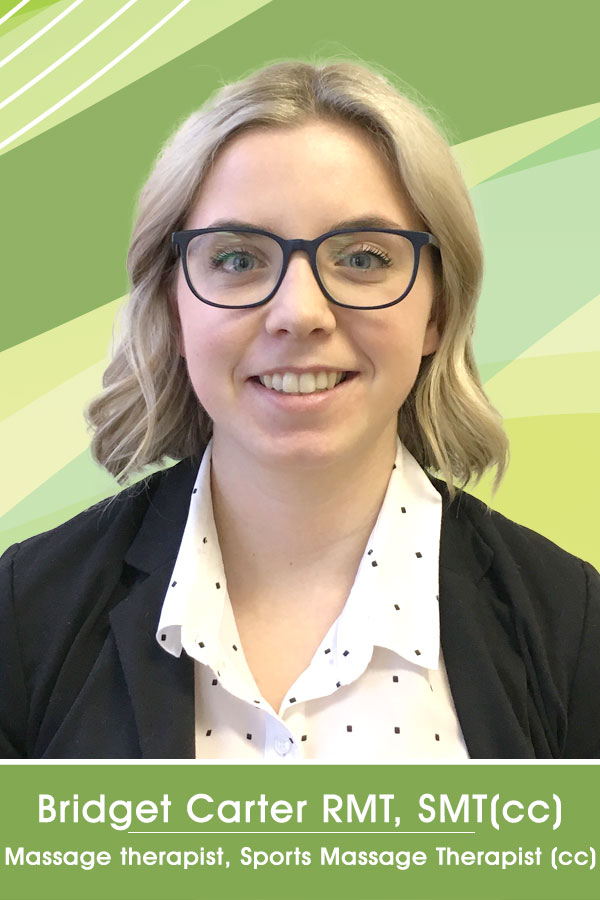 During her time as a student she has had the opportunity to work with many different sports such as Rowing, Powerlifting, Swimming, Hockey and Running and enjoys helping athletes with injury prevention and maintenance using a variety of massage techniques. Bridget is a current student member with the Canadian Sport Massage Therapy Association and is looking forward to working on her Sport Massage Therapy designation. 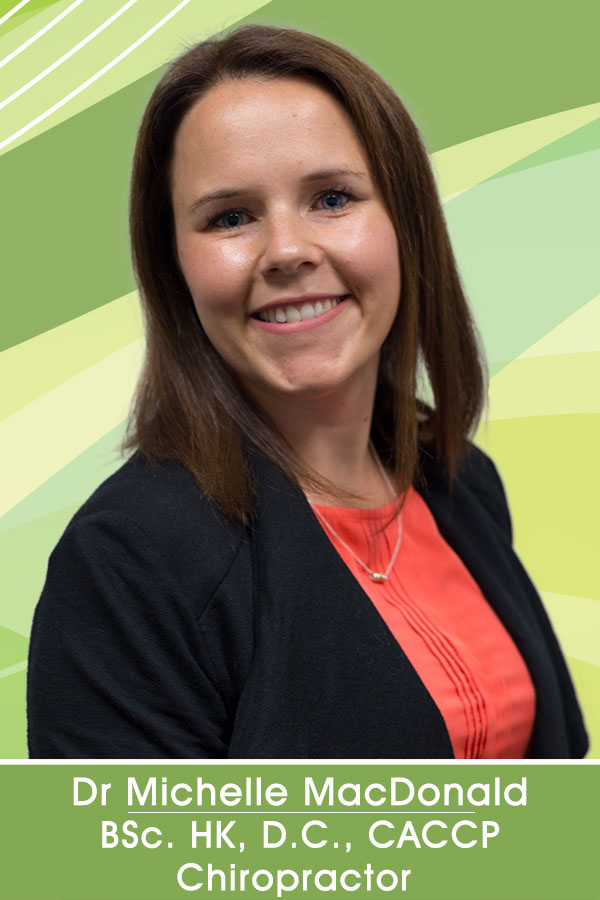 The ONLY Chiropractor in Atlantic Canada who has her CACCP designation- International Chiropractic Pediatric Association to specialize in preconception, prenatal, postnatal and pediatric chiropractic care.

Dr. MacDonald spent 5 years taking courses and studying with The International Chiropractic Paediatric Association to specialize in preconception, prenatal, postnatal and paediatric chiropractic care. In 2016, she finished her research and completed her paediatric exam to obtain her CACCP designation through the Academy of Chiropractic Family Practice. Dr. MacDonald is currently the only Chiropractor in Atlantic Canada to hold this designation.

Dr. MacDonald was also fortunate enough to work with the College of Chiropractors of Ontario in Quality Assurance as well as, providing Corporate Wellness for the Canadian Chiropractic Association.

Dr. MacDonald is an avid curler and golfer which helps drive her passion to helping the people within her community live an active, happier and healthier lifestyle. She participated in the 2015 Para Pan Am Games on the medical team and has a wealth of experience treating dancers, curlers and golfers which will serve the athletes well at MSVU. 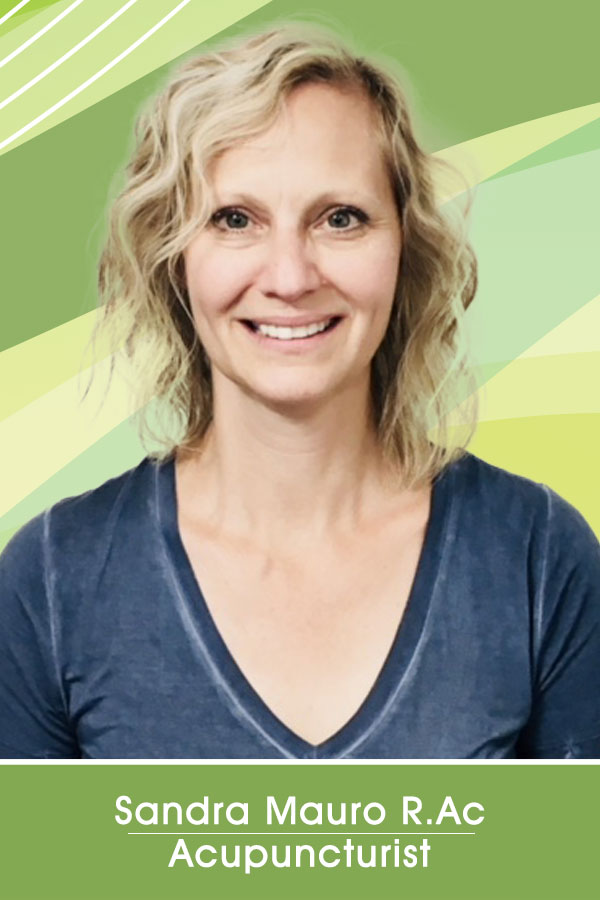 Sandra is an active member of the Chinese Medicine & Acupuncture Association of Canada (CMAAC) National and the Nova Scotia Chapter (CMAAC-NS). She is also a volunteer board member for CMAAC-NS. Sandra has been practicing in Nova Scotia since May of 2016.

Sandra discovered the power of Acupuncture after a life-changing event in which her husband suffered a heart attack followed by a severe stroke at the age of 47. During his long journey of recovery, Acupuncture had become a primary treatment plan, which produced positive results. This was the inspiration that began the journey to study Traditional Chinese Medicine & Acupuncture. Sandra now aspires to help others discover the benefits of Acupuncture & Traditional Chinese Medicine in their own healing journey. 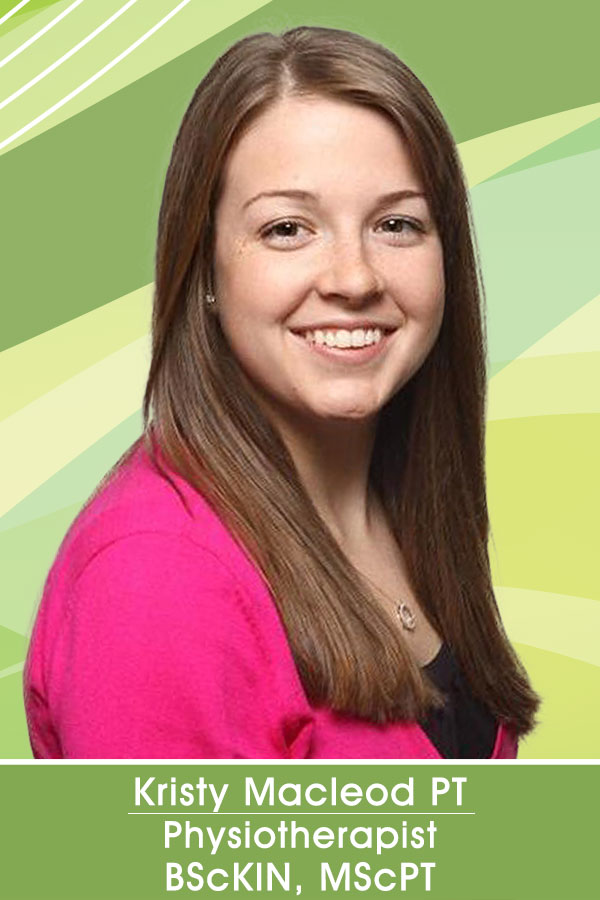 Kristy completed her Master’s of Science in Physiotherapy at Dalhousie University in 2013, after completing her undergraduate degree in human kinetics at St. Francis Xavier University in 2011. Kristy has worked in orthopaedic practice since she began her career.She has worked in a multidisciplinary clinic with a wide variety of patient populations. She believes in completing an in-depth assessment find the cause of the issue and then working with the clients one on one to treat the issues and prevent future injury. She uses a hands-on treatment approach, along with needling, therapeutic exercise and modalities to decrease pain and increase overall function. Kristy believes education is a key component to recovery and empowers clients to prevent future injury. Participating in sport and living an active lifestyle has been a major part of Kristy’s life. In her spare time, she enjoys playing soccer and basketball, swimming, hiking and camping. Kristy believes being active daily and maintaining your physical health is a key factor in overall wellness. Through her physiotherapy treatment she hopes to give people the knowledge they need to achieve their goals and succeed in their physical well-being.