On Wednesday, May 3rd, the Mount hosted it’s first-ever alumNIGHT— an interactive panel and networking social tailored for alumnae and graduating students. We were very fortunate to welcome four incredible alumnae back to campus to share their personal experiences and passions post-graduation. Here is some of what they had to say: 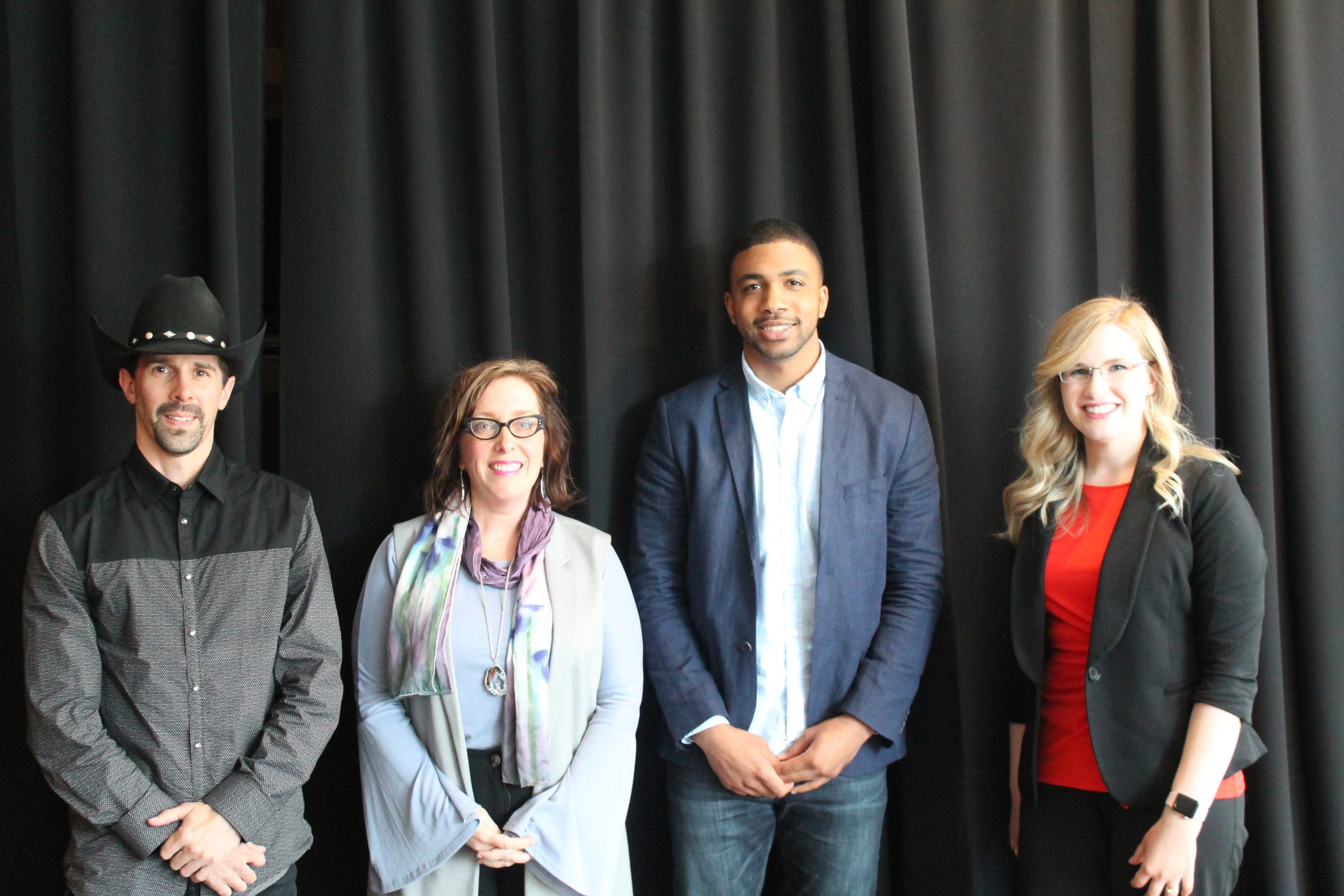 “No education is a waste… you may have had this vision of being one thing when you graduated, but if you’re like me you will look back years later and your path will be different than you expected, but you are somewhere better than you could have ever imagined. Get comfortable with the idea of being uncomfortable, and great things can come to you.”

Mike is a senior level financial manager with Xerox Canada Ltd. As Manager of International Contracts, Mike oversees the Canadian division participation and signoff in global and international RFP’s and agreements, deal profitability, contract creation and compliance. Over a 14-year career, Mike has held a number positions in both sales and finance having previously resided in both Vancouver and Toronto. Mike graduated from the Mount with a BA in Economics.

“Continue your education, work hard, and follow your passions. Volunteering is important for finding a job, beyond your academic experience, but most important is finding the passion behind the volunteering… that drive and dedication is what employers want in their workplace.”

Cynthia has over 20 years of experience actively recruiting in Atlantic Canada in such areas as IT sales/management, pharmaceuticals, medical equipment, consumer packaged goods, business to business, and not for profit. Prior to joining the recruitment industry, Cynthia developed her career with a multinational pharmaceutical company where she was highly successful and where she took on several unique projects and participated in new product launches. Cynthia graduated from the Mount with a Bachelor of Business Administration in 1991.

“My first year was challenging, I was almost kicked out, but I’ve come to look at university as a relationship. We started out rocky, but then we hit it off, and as you near the end of your degree you need to start and prepare for the breakup… You have to be willing to take a jump, and no matter who it is, never burn a bridge with anyone; you never know when you might run into them again in future.”

DeRico Symonds, currently Program Manager with the Youth Advocate, Souls Strong & Girls United programs with the HRM. He is a board member with United Way Halifax, and Co-founder of Future Roots Halifax, a social enterprise employing young people ages 13-17 in Halifax North end. In 2013, DeRico received the Queens diamond Jubilee Century of Service Award and as well as the Irving & Ruth Pink award for youth development and social justice in 2016. DeRico holds an undergraduate degree in Child & Youth Study, he is currently pursuing a Masters of Education in counselling at Acadia.

“A job is a two-way street, look at it as a relationship— you both have to want the job for you. When I first graduated, panic set in when I was trying to find a job. I don’t know if I was in a study-silo when I was in school, but I didn’t know about networking and professional growth events like this, and looking back I see that I missed a lot of valuable opportunities that could have made that transition easier.”

Dayna is a 2013 Graduate of the Bachelor of Science (Communication) program, currently working as a Scientific Information Administrator with the Northwest Atlantic Fisheries Organization. She is also a student in the Mount’s MA Communication program, and currently completing her thesis.

A big thank you to our panelists, and all those alumnae and students who supported our first alumNight. Looking forward to many more alumNIGHTs in future! Currently employed with Halifax Regional Municipality as a Program Manager with the Youth Advocate, Souls Strong & Girls United programs, DeRico is also a board member with United Way Halifax, and Co-founder of Future Roots Halifax– a social enterprise employing young people ages 13-17 in Halifax North end. In 2013, DeRico Symonds received the Queens diamond Jubilee Century of Service Award and received the Irving & Ruth Pink award for youth development and social justice in 2016. DeRico is currently pursuing a Masters degree with Acadia University studying a Masters of Education in counselling.