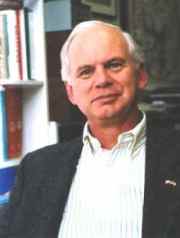 A native of Vancouver, B.C., Reginald Stuart arrived at the Mount in 1988 as Dean of Arts and Science, and became a full-time faculty member in 1996.

Reg’s research interests have developed through two major topics: the American experience with war as an instrument of policy and the relations of Canadians and Americans in what he terms Upper North America. His United States Expansionism and British North America (1988) won the 1990 Albert Corey Prize. He won a Canadian-American Fulbright award in 2003 and became the distinguished Chair in North American Studies at the Woodrow Wilson International Center for Scholars in Washington D.C. from January-June 2004. His most recent books include Dispersed Relations: Americans and Canadians in Upper North America (2007); Civil-Military Relations During the War of 1812 (2009) and, as co-editor with Michael D. Behiels, Transnationalism: Canada-United States History into the 21st Century (2010). His work also includes articles and reviews in a wide ranged of scholarly periodicals and many conference papers and commentaries over the years. Currently Reg is considering the origins and evolution of Canadian anti-Americanism, a far less virtuous facet of the Canadian national character than is often assumed. Reg teaches classes in US history, Canadian-American Relations, and Canadian foreign policy.

War and American Thought: From the Revolution to the Monroe Doctrine. Kent, Ohio: The Kent State University Press, 1982.